UK Biobank is a large-scale biomedical database and research resource, containing in-depth genetic and health information from half a million UK participants. The database, which is regularly augmented with additional data, is globally accessible to approved researchers and scientists undertaking vital research into the most common and life-threatening diseases. UK Biobank’s research resource is a major contributor to the advancement of modern medicine and treatment and has enabled several scientific discoveries that improve human health.

Since 2006, UK Biobank has collected an unprecedented amount of biological and medical data on half a million people, aged between 40 and 69 years old and living in the UK, as part of a large-scale prospective study. With their consent they regularly provide blood, urine and saliva samples, as well as detailed information about their lifestyle which is then linked to their health-related records to provide a deeper understanding of how individuals experience diseases.

The data – the largest and richest dataset of its kind – is anonymised and made widely accessible by UK Biobank to researchers around the world who use it to make new scientific discoveries about common and life-threatening diseases – such as cancer, heart disease and stroke – in order to improve public health.

UK Biobank has achieved these ambitions through the support of its visionary funders, the Wellcome Trust, Medical Research Council, Department of Health, Scottish Government, and the Northwest Regional Development Agency. The organisation has over 200 dedicated members of staff, based in multiple locations across the UK.

UK Biobank is the most detailed, long-term prospective health research study in the world, enabling the international scientific community to better understand a range of common and life-threatening diseases. We continue to maintain this focus through the adoption of pioneering technologies and regular health follow-up on half a million participants. Our actions support the vision of the health research community to improve the future health of millions of people. 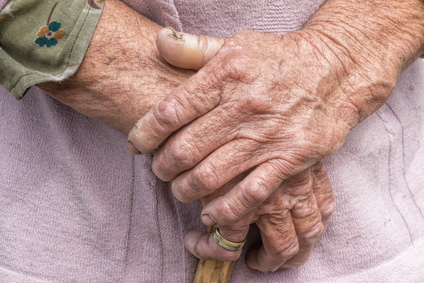 Prospective studies need to be this large because only a small proportion of the participants will develop any one condition over time and the effects of different exposures on the development of that condition are likely to be small. 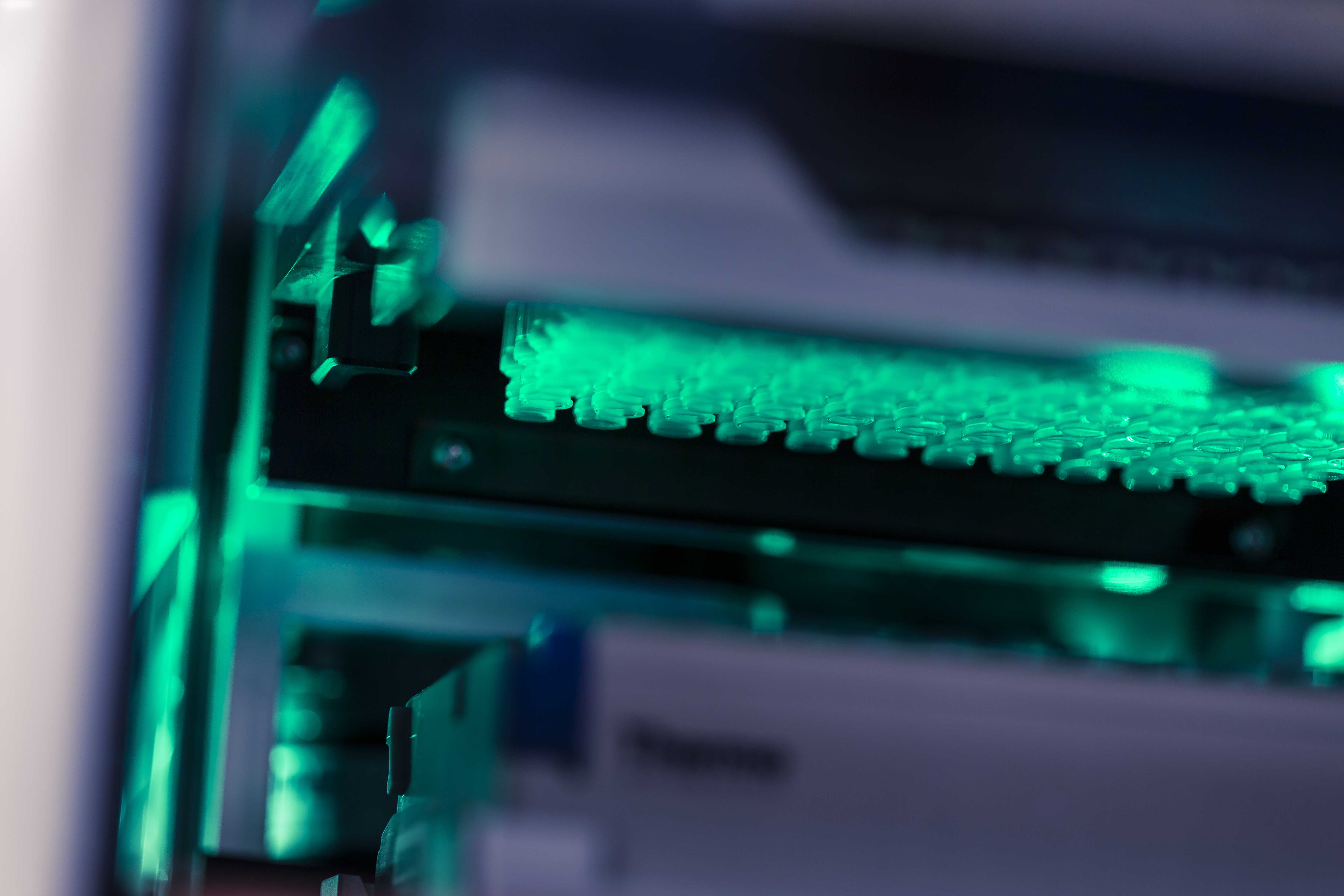 When the Medical Research Council and Wellcome Trust established UK Biobank, they pioneered a new approach of undertaking public health research. Since then, we have continued to be at the cutting edge of population-based research by taking advantage of new scalable technologies, whether that be performing genomic analysis, and collecting accelerometer and multi-modal imaging data. 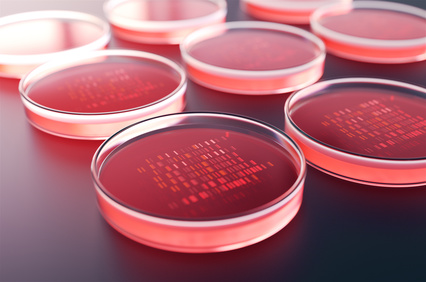 By creating the most in-depth health resource in the world, we are transforming opportunities for health research.  Through the commitment of half a million participants, we continue to expand our collection of biomedical data with comprehensive follow-up and precise assessments to address the challenge of understanding a wide range of life-threatening diseases.

Since inception, UK Biobank has adopted pioneering technology to support its world-leading biomedical resource. For example, collecting and storing samples from half a million participants (into 10 million separate tubes) required an innovative solution and led to advances in the field to develop the UK Biobank automated freezer.

The ability to transform the biological samples into data that can be used by researchers (such as genomic data, and data on circulating levels of hormones, metabolites and proteins) is crucial to advance our understanding of disease.  As technologies advance, we are able to extract the biological samples to perform measurements that are at the cutting-edge of life sciences. 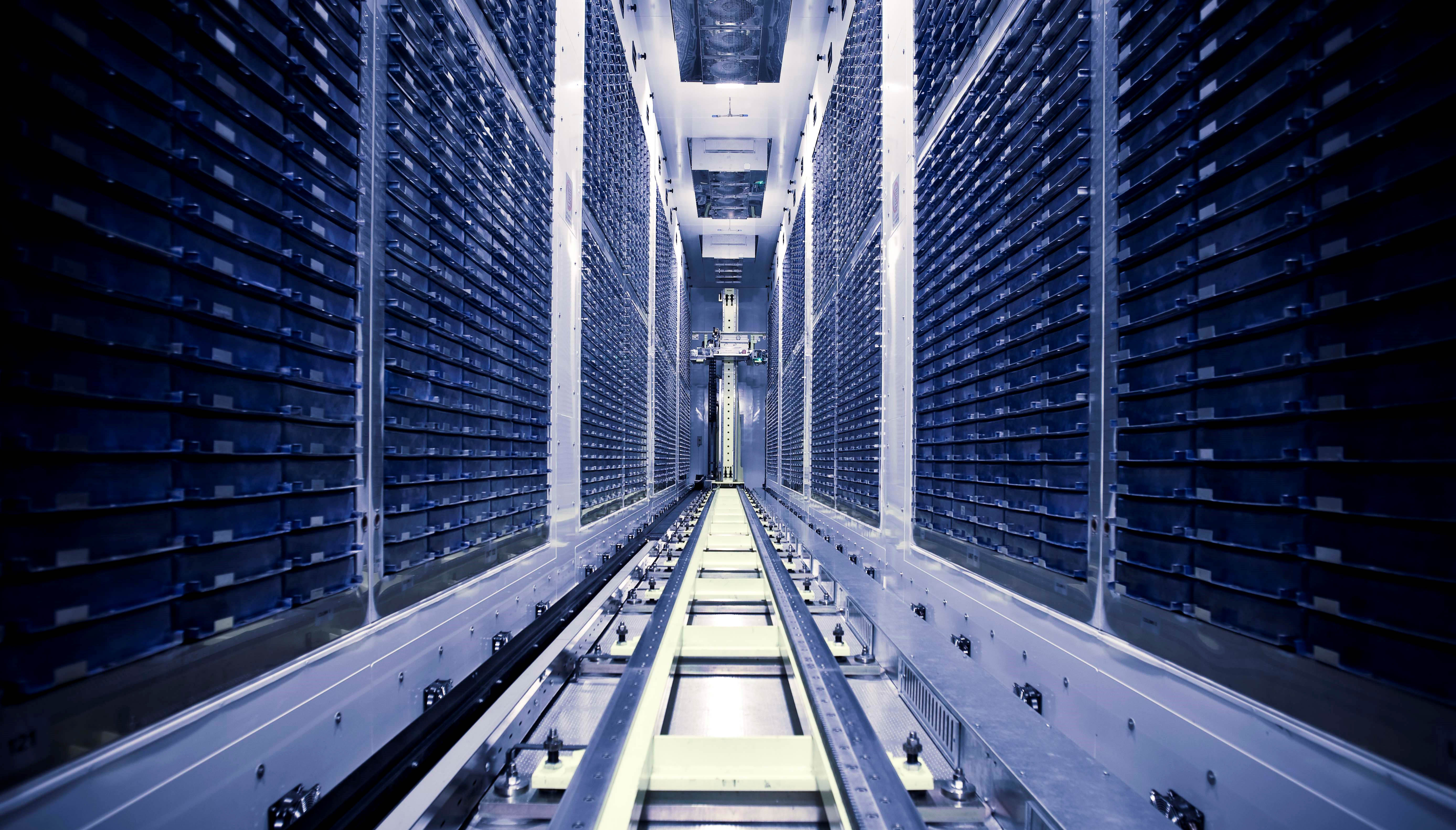 UK Biobank: An Open Access Resource for Identifying the Causes of a Wide Range of Complex Diseases of Middle and Old Age

UK Biobank is led by Sir Rory Collins, British Heart Foundation Professor of Medicine and Epidemiology at the University of Oxford. He was appointed UK Biobank Principal Investigator and Chief Executive in 2005. 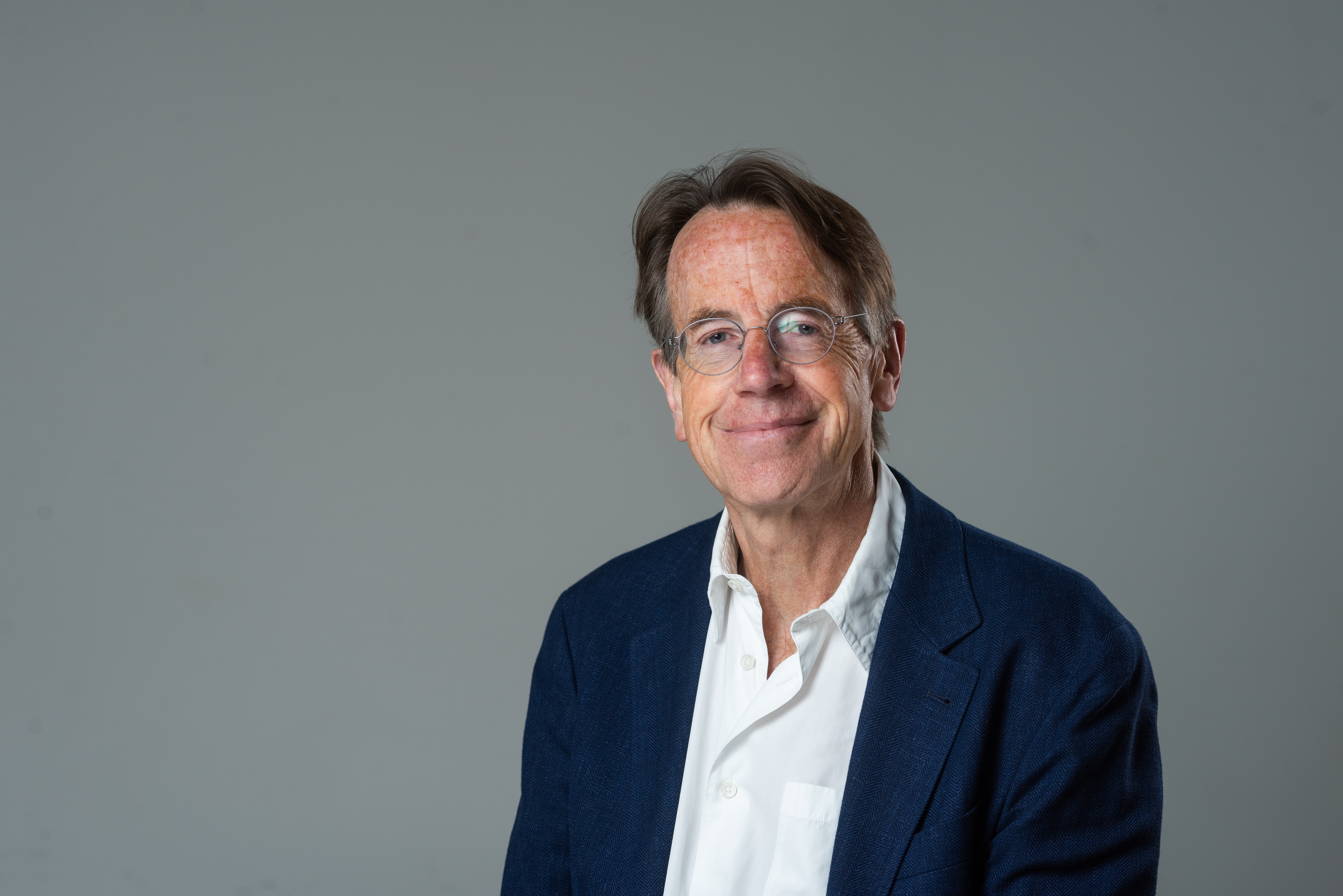 Naomi is Chief Scientist for UK Biobank and Professor of Epidemiology at the Nuffield Department for Population Health, University of Oxford. She is primarily responsible for the linkage of electronic health records for all participants. Her research background is in cancer epidemiology. 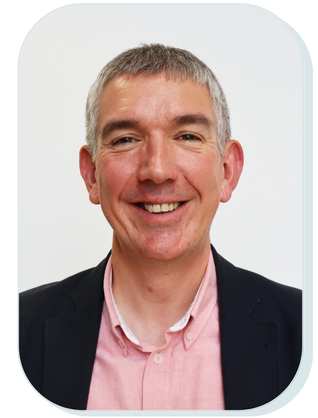 Mark is Deputy CEO of UK Biobank and brings broad experience of technical strategy, IT delivery and domain expertise in health informatics and big data. Mark is a Chartered IT Professional and Fellow of the British Computer Society. He holds a PhD and MSc from the University of Birmingham. 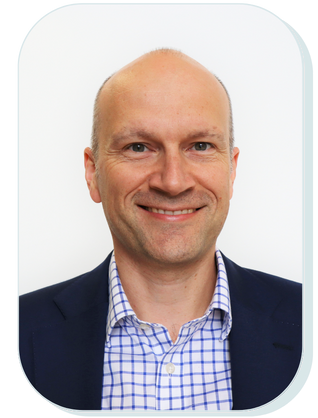 Gareth is the Chief Finance Officer for UK Biobank. He is responsible for Finance, HR and Procurement. Gareth’s career has included roles within audit in the UK and New Zealand, and senior finance roles at Auckland Council, Manchester United, Mitie and the Disclosure and Barring Service. 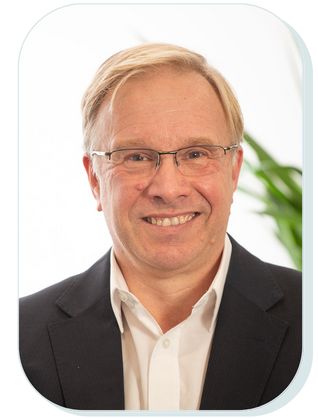 Simon is Director of Operations for UK Biobank. His career has spanned Business Development, Project and Product Management, and Technology Transfer. He brings broad experience of a range of technologies, technology sectors and business processes. Simon holds a PhD from Bath University.

Mahesh is the Chief Information Officer for UK Biobank. He is responsible for the Data and Technologies that underpin UK Biobank. Prior to joining UK Biobank, Mahesh was Head of Research Computing at a Russell Group University and a commercial leader in Genomics and Life Sciences Research at both OCF and Amazon Web Services. 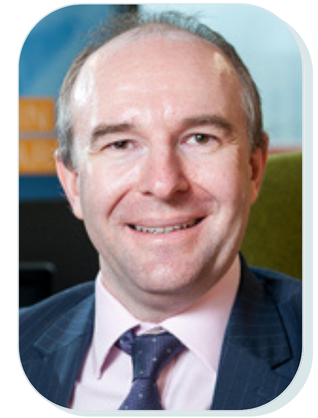 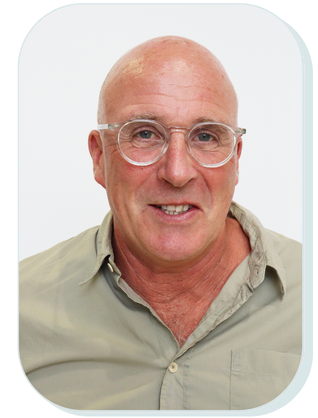 Jonathan is the General Counsel and Company Secretary of UK Biobank.  He is an expert in intellectual property, life sciences and data protection law. He is also a Visiting Senior Fellow at the Nuffield Department of Public Health (Oxford University) and a visiting professor at the Big Data Institute.

UK Biobank is up there with our greatest achievements from the last 25 years...

and perhaps more than any other, UK Biobank will continue to be talked about in 100 years. People watched UK Biobank and are now replicating it in other parts of the world, and that is testament to its strengths, its governance and its impact. It’s not just what Biobank does, it’s the influence UK Biobank has on everything else.

Find out more about the funding bodies who share our vision to enable the global research community to make important scientific discoveries through health data. 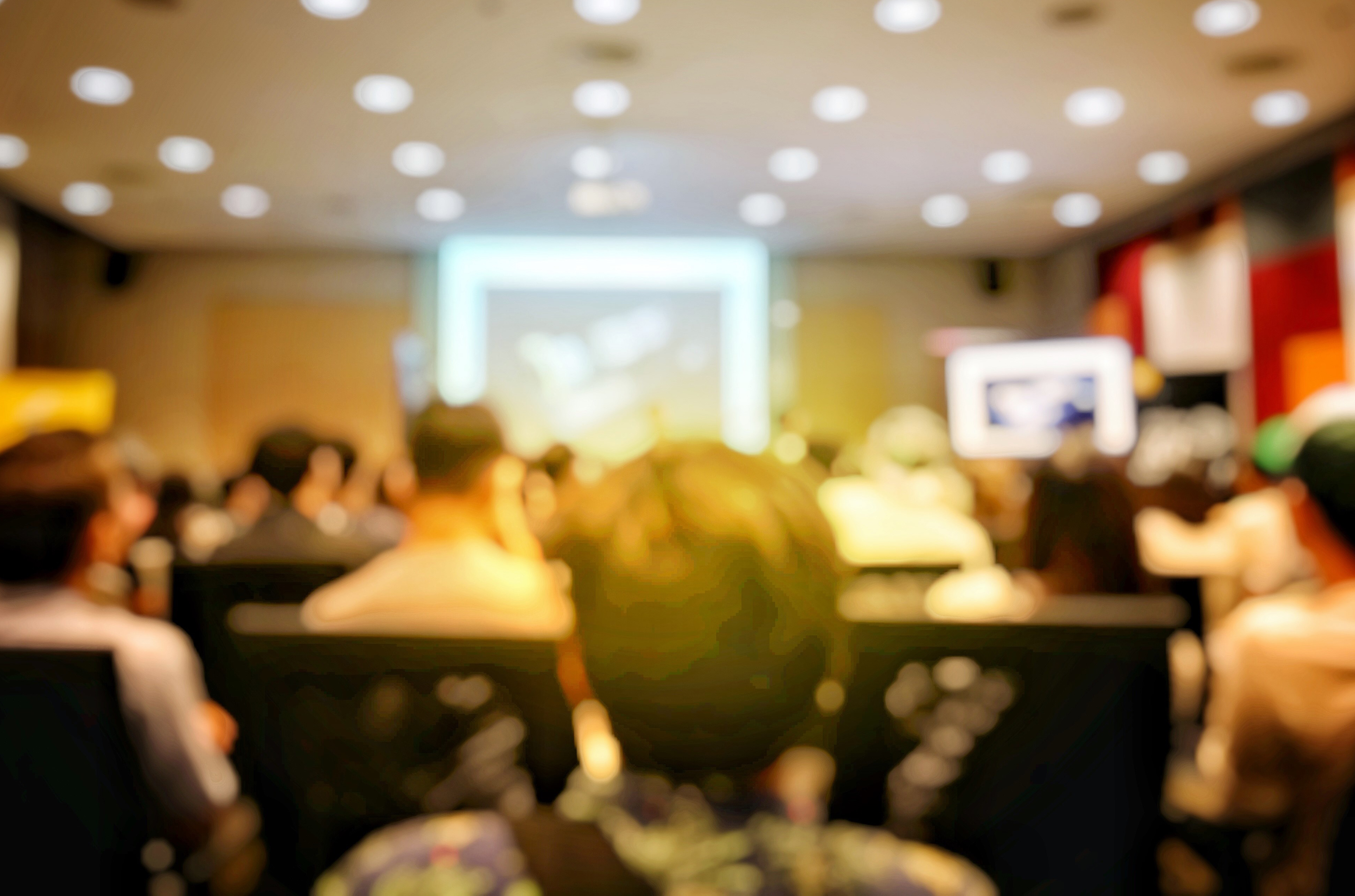 UK Biobank works closely with a range of external experts who provide support via the Board and committees to guide our future scientific direction.

UK Biobank has around 200 staff based across multiple locations in the UK, including Stockport, Oxford, Reading, Newcastle, and Bristol.

The Quality and Information Security Management systems at UK Biobank have been approved by BSI to support the collection, processing, storage and analysis of biological samples and data for research into genetic and environmental factors that impact on human health and disease. These management systems are certified to ISO 9001:2015 and ISO 27001:2013 respectively.