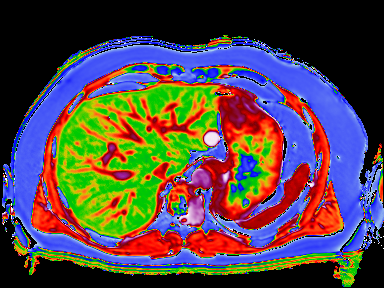 An MRI-based measure, corrected T1 (cT1), could be used as a potential biomarker for liver health, a study in collaboration with Massachusetts General Hospital, Perspectum Diagnostics and the University of Westminster has found.

This study involved over 2,800 participants from the UK BioBank MRI imaging study. The paper has revealed a tight distribution of cT1 values in a sub-population at low risk for non-alcoholic fatty liver disease. In comparison, the cT1 values were significantly elevated in ‘higher-risk’ sub-populations.

With the burgeoning obesity epidemic, the prevalence of both Non-Alcoholic Fatty Liver Disease (NAFLD), the build-up of fat in the liver, and Non-Alcoholic Steatohepatitis (NASH) inflammation in the liver, are rapidly increasing. Liver disease, including NAFLD and NASH, is usually asymptomatic until the development of cirrhosis, therefore it is critical to identify individuals who are risk and enable early diagnosis. In order to establish which populations are at risk, normality and abnormality need to be ascertained in the context of NAFL and NASH.

Of the population studied, only 37% of participants were classified as being at ‘low risk’ of NAFLD, i.e. those with a BMI under 25kg/m2and liver fat under 5%. Perspectum Diagnostics’ proprietary technology, LiverMultiScan™ was used to calculate the patients’ cT1 values. In separate research studies this novel imaging biomarker has been shown to correlate with histology and to predict prognosis (Banerjee, 2014; Pavlides, 2016). The results in this paper showed a tight distribution in the low-risk group, which can act as a baseline comparator in the diagnosis of patients with suspected NAFLD and NASH. The excellent intra-rater and inter-rater reproducibility observed in this study for cT1 provides further support for its utility. Separate research (Pavlides, 2017) has shown that cT1 can distinguish between NAFL and NASH, increasing its utility and adding value to a fat content measure alone to assess fatty liver disease.

LiverMultiScan corrects for the amount of iron in the liver, as high iron levels can distort the magnetic field and obscure the readings. In this population 36.5% of subjects had sufficiently high iron concentration in their livers to necessitate correction, emphasizing the importance of this method. Iron correction was also needed in cases of mild iron overload that in itself does not pose a clinical problem.

This manuscript adds to the growing literature on T1 mapping in the liver and displays, for the first time, the reference range of cT1 values in a large population at low risk for NAFL, therefore demonstrating its potential as a biomarker for future studies.