Sepsis and cholesterol – the story unfolds

Sepsis and cholesterol – the story unfolds 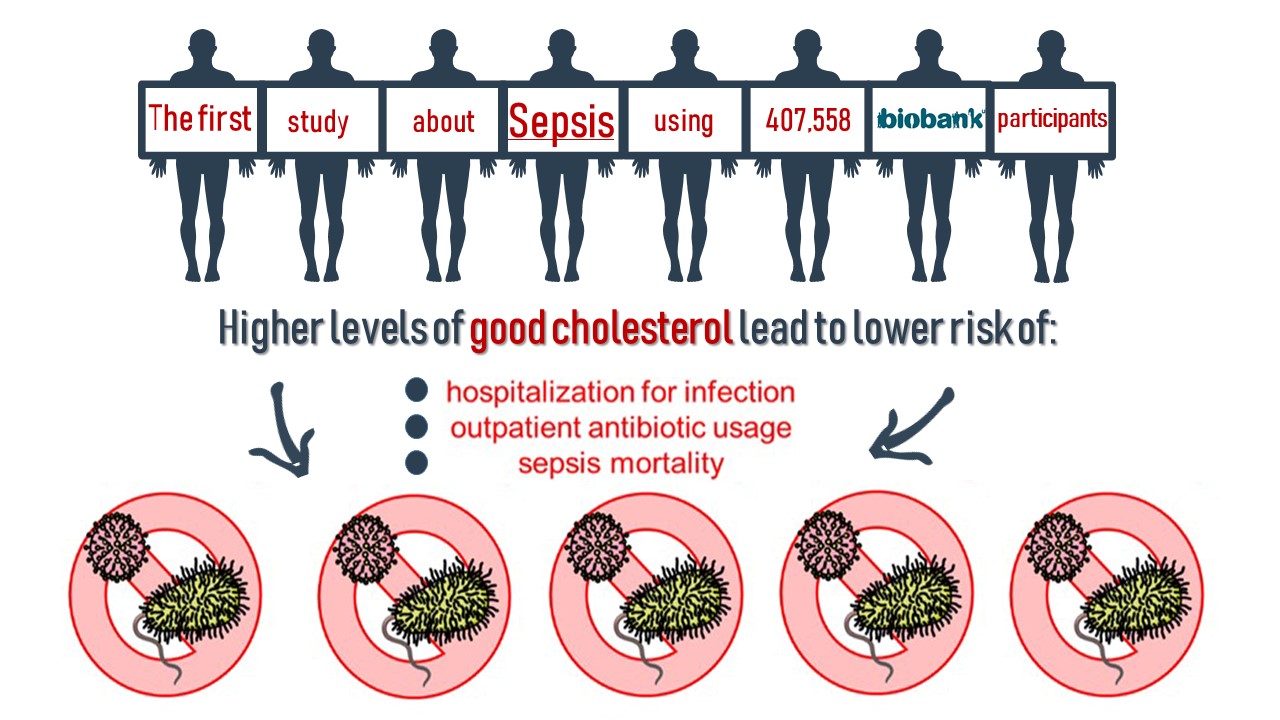 We may all be aware of the key role high cholesterol plays in causing heart attacks and strokes. Too much of the vital cell building material increases the risk, and high levels are caused by our genetics and lifestyles.

But it’s not all been bad news.  Researchers in Canada now believe that good cholesterol may be ‘even better cholesterol’ – as they get to grips with an exciting possibility that HDL may help in the fight against blood poisoning (sepsis) that causes 11 million deaths every year.

The scientists looked at data on more than 400,000 UK Biobank participants to learn more about sepsis, which is a life-threatening inflammatory immune response brought on by infection. Sepsis is a medical emergency and causes around one in five deaths globally.

Dr Liam Brunham, Assistant Professor of Medicine at the University of British Columbia and MD/PhD student and doctoral candidate Mark Trinder  examined genetic data and cholesterol measures in over 3,000 participants who developed the illness.

"We could not have done this work without a resource like UK Biobank, because it contains both genetic information and detailed data about individual health."

The researchers explained that HDL levels fall quickly during sepsis, which may limit their ability to bind and clear toxins from the blood.

"It may not be possible to treat people before they get an infection, but if raising good cholesterol during the infection prevents sepsis or promotes its resolution that would be a major step forward."

A comment in the Journal, indicated that previous observations had raised the possibility that HDL is an important regulator of the immune system and our body’s defence mechanisms against invading pathogens. It concluded: “Subjects with a high HDL-C polygenic risk score were significantly more likely to survive their infection…these observations provide strong evidence that HDL, quantified as HDL-C, is causally linked to host defence mechanism against infection.”