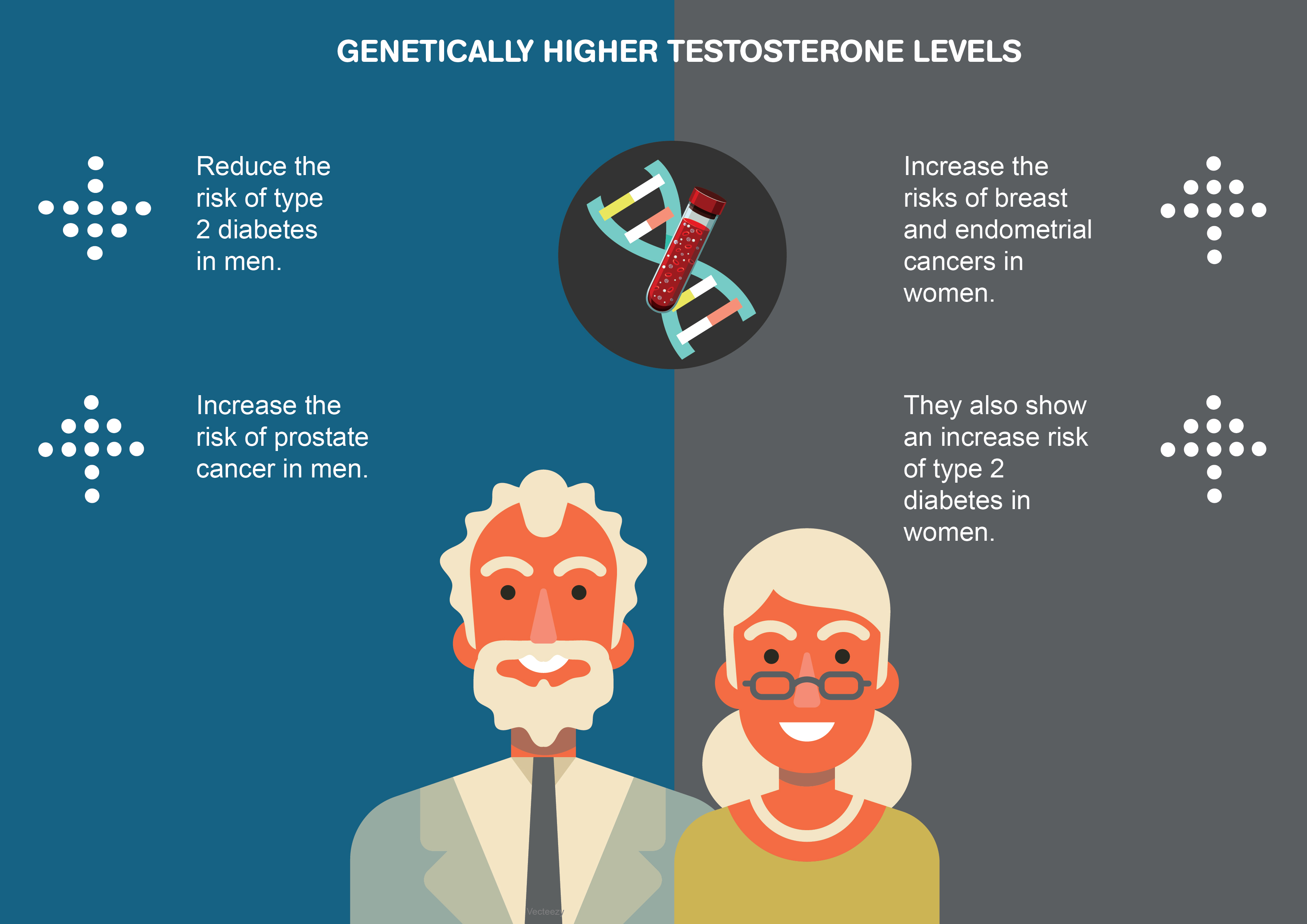 Despite finding a strong genetic component to circulating testosterone levels in men and women, the authors found that the genetic factors involved were very different between the sexes.

The researchers verified their genetic analyses in additional studies, including the EPIC-Norfolk study and Twins UK, and found a high level of agreement with their results in UK Biobank.

"Our findings provide unique insights into the disease impacts of testosterone. In particular they emphasise the importance of considering men and women separately in studies, as we saw opposite effects for testosterone on diabetes. Caution is needed in using our results to justify use of testosterone supplements, until we can do similar studies of testosterone with other diseases, especially cardiovascular disease."

Dr Katherine Ruth, of the University of Exeter