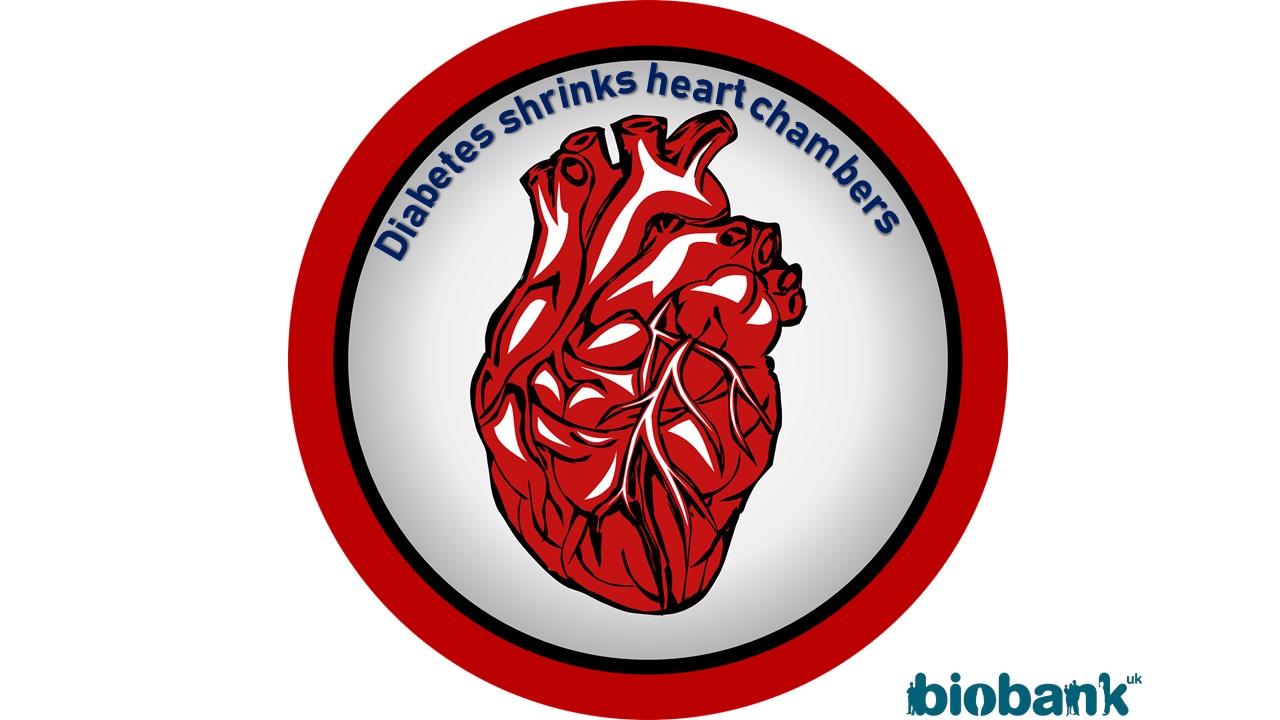 MRI images from almost 4,000 UK Biobank participants have shown that diabetes causes subtle structural changes to the heart, say scientists. One of the earliest signs of heart disease in people with diabetes may be that all four chambers of the heart become smaller.

The research, funded by the British Heart Foundation and published in Circulation Cardiovascular Imaging, shows for the first time the extent to which diabetes affects the heart muscle.

These early changes in the heart muscle could be used to understand and detect heart damage related to diabetes, allowing action to be taken before the damage can lead to serious heart problems.

Around 4.7 million people are living with diabetes in the UK. Adults with diabetes are up to three times more likely to develop heart and circulatory diseases, and are nearly twice as likely to die from heart disease or stroke as those without diabetes.

Researchers at Queen Mary University of London studied images of the hearts of 3,984 people, provided by UK Biobank. They compared the hearts of people with diabetes to those without the disease.

People with diabetes had key differences in all of the heart’s four chambers. The left ventricle – responsible for pumping oxygenated blood around the body – was smaller and the walls were thicker, a change which can lead to heart failure. Surprisingly, the other three chambers of the heart were all also smaller in people with diabetes, with the volume of each chamber shrinking by roughly a teaspoon.

The researchers believe that these changes may be the heart’s way of responding to early, minor damage caused by diabetes. Smaller and thicker hearts have an easier time maintaining the pumping function compared to larger hearts.

Importantly, these subtle changes could be detected before people developed more serious heart muscle damage and related heart diseases. The researchers hope that this information could ultimately be used to detect heart damage early in people with diabetes so that they can be given appropriate medical treatment.

"“People with diabetes are around two times more likely to have a heart attack or stroke, and may go on to develop other circulatory problems such as vascular dementia. Combined, these conditions cost the NHS a staggering £1.5 million every hour. “By understanding the relationship between diabetes and heart disease we’re one step closer to being able to break the link between these two deadly diseases.”"