Imitating protective genes to prevent obesity: the role of the exome

The human genome (all the genes we have) can be thought of as a book: the book of you. Of course, a book consists of letters, which form words, and in turn, sentences.

DNA is stored as a code of letters or ‘bases’ (‘A’, ‘T’, ‘G’ and ‘C’, which correspond to the molecules adenine, thymine, guanine and cytosine).

Specifically ordered DNA bases comprise a gene, just as letters in a specific order comprise words. Genes ‘code’ for proteins, those molecular marvels in your body which carry out crucial life-sustaining reactions, just as words determine a sentence. We have two copies of every gene, one inherited from each of our parents.

Mutations in our DNA (for instance a ‘substitution’ mutation, whereby one base is swapped for another, e.g. A to T) can alter the function of a gene. Similarly, when we alter a letter in a word, it changes the word’s meaning (e.g. boat to beat). In the context of genes, alterations to the bases making up the gene (the instructions for making the protein and all its functionality), may cause the resulting protein to be faulty, often leading to genetic disease. Sometimes, however, rendering the gene inactive via a ‘loss-of-function’ mutation can actually be protective against certain diseases. 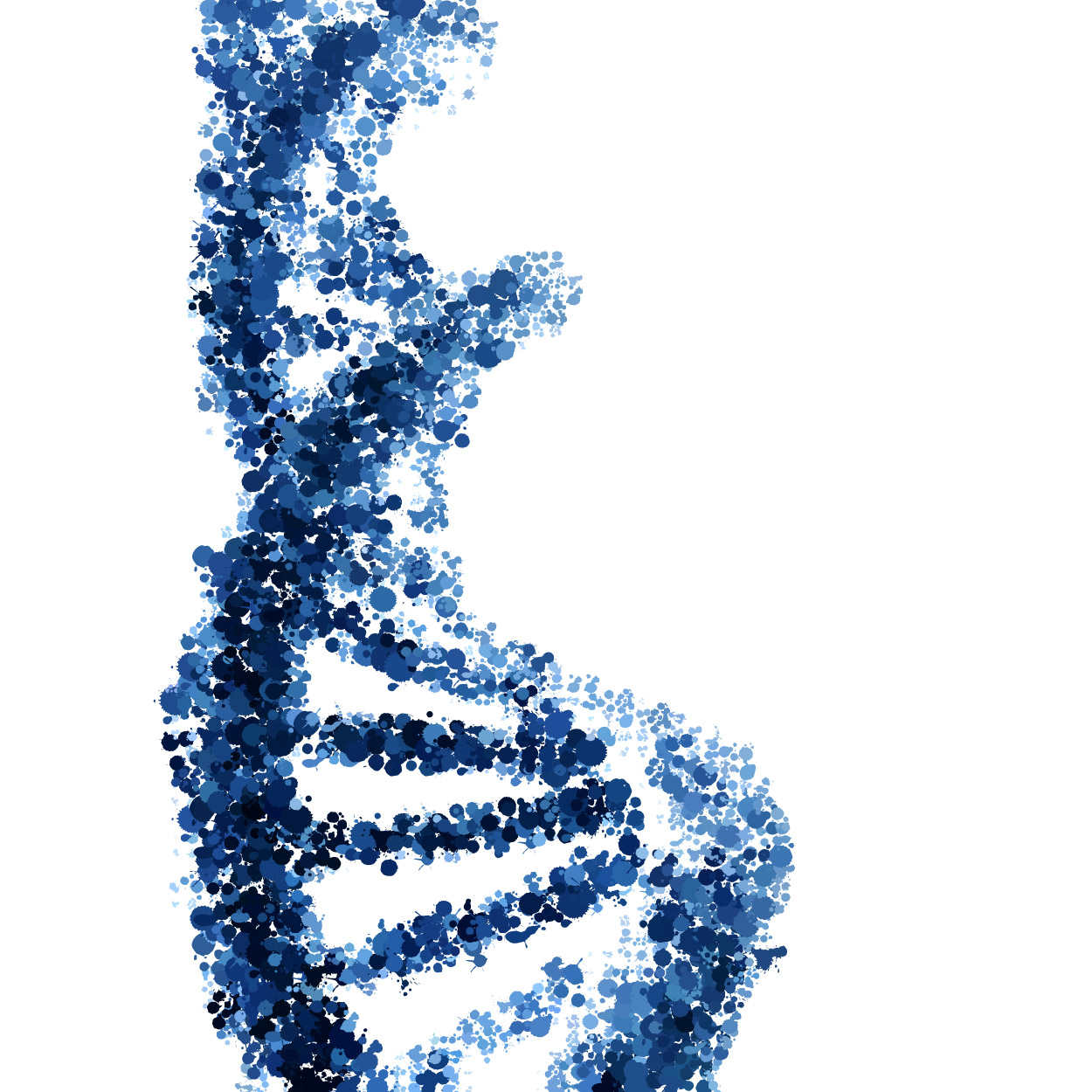 Returning to our book analogy, we can think of the exome as the small portion of the overall book that mattered in particular to you - in a 200 page book, that’s approximately 2-4 chapters (1-2% of the overall book). Why does the exome matter? Well, 85% of identified disease-related genes are located in the exome (the genes which are thought to be involved in causing disease).

It’s not that the rest of the book didn’t matter to you (disease-causing variants are still found in the rest of the genome!). But the sheer number of genetic variants in the exome presents an intriguing (page-turning) wealth of discovery for researchers elucidating the genetic mechanisms behind disease.

That the genes which code for proteins form only 1-2 percent of the genome (called ‘exons’ or collectively, the ‘exome’)?

What is the significance of whole exome sequencing for disease research?

‘Whole exome sequencing’ (WES) involves characterising the exome (all the protein-coding genes). Essentially, WES is like solving a puzzle, whereby the make-up of the genes in this portion of the genome (the sequence of DNA bases) is uncovered.

In July 2022, UK Biobank released WES data for over 470,000 participants, which is the largest exome dataset in the world, to the global research community through the Research Analysis Platform (RAP). This release was achieved due to the support and collaboration of the UK Biobank Exome Sequencing Consortium (UKB-ESC).

UK Biobank is very proud of its collaboration with leading life sciences companies to enable research into how our genes affect health. The whole exome sequencing data are already providing novel insights into how rare mutations influence disease, paving the way for accelerated drug discovery.

Already, analysis of WES data for 454,787 UK Biobank participants has exposed numerous protein-changing DNA variations associated with health. These have been associated with multiple traits, including biochemical and haematological traits (related to blood e.g. levels of red or white blood cells), with 564 new gene associations for health recently discovered.

Some associations, between genes and phenotypic (physical) traits indicative of liver and eye disease and cancer, increase the risk of these diseases. Other associations, which lower the risk of diabetes or asthma, were also illuminated. Establishing such relationships will allow for therapeutic strategies to be developed for treatments.

Many other diseases, which can be explored through WES (including cardiovascular diseases and diabetes), are linked to obesity.

By 2030, it is estimated that over 1 billion people may be classed as ‘obese’: exhibiting a Body Mass Index (BMI) of 30 or higher.

How is the UK Biobank Consortium using whole exome sequencing to open the door to a new age of obesity treatments?

Targeting GPR75 to protect against obesity

Scientists at the Regeneron Genetics Center® (RGC), a part of New York-based Regeneron Pharmaceuticals Inc and a member of the UKB-ESC, sequenced the exomes of 645,000 volunteers (approximately 430,000 of which were UK Biobank participants). This data, in combination with health records, has enabled multiple ground-breaking genetic discoveries and laid the groundwork for countless more opportunities to enhance our understanding of the genetic drivers of disease.

For example, in 2021, researchers at RGC and UK Biobank linked certain genetic mutations to protection against obesity1, revealing that 16 genes are strongly associated with BMI and that 5 of these genes encode specific genetic receptors in the brain. These receptors are responsible for signal pathways in the body involved in a huge array of processes, like the transmission of information down nerve cells.

The associations between BMI and genes expressed in the brain are intriguing, considering the brain controls key metabolic factors which may influence obesity - from appetite to physical activity.

As established, some mutations can inhibit the function of a gene. Strikingly, a series of rare mutations inactivating a copy of the GPR75 gene, encoding a brain-expressed receptor, were observed in 1 of every 3,000 people sequenced and were associated with dramatic protection from obesity.

Individuals who had 1 inactive copy of GPR75, due to one of these mutations, had a lower body weight, weighing approximately 12 pounds less than people without these mutations, and exhibited a 54% lower risk of obesity.

The findings were validated in mice using Regeneron’s proprietary VelocImmune® mice which have been genetically engineered to lack the GPR75 gene. When fed a high-fat diet, mice missing both copies of GPR75 gained 44% less weight than mice who expressed both copies of the gene. Glucose tolerance and insulin sensitivity were also improved in mice with a genetic loss of GPR75. More extensive evaluation of the research may reveal further insights as to whether the risks of other high BMI-associated conditions are also lowered, like heart disease or diabetes. 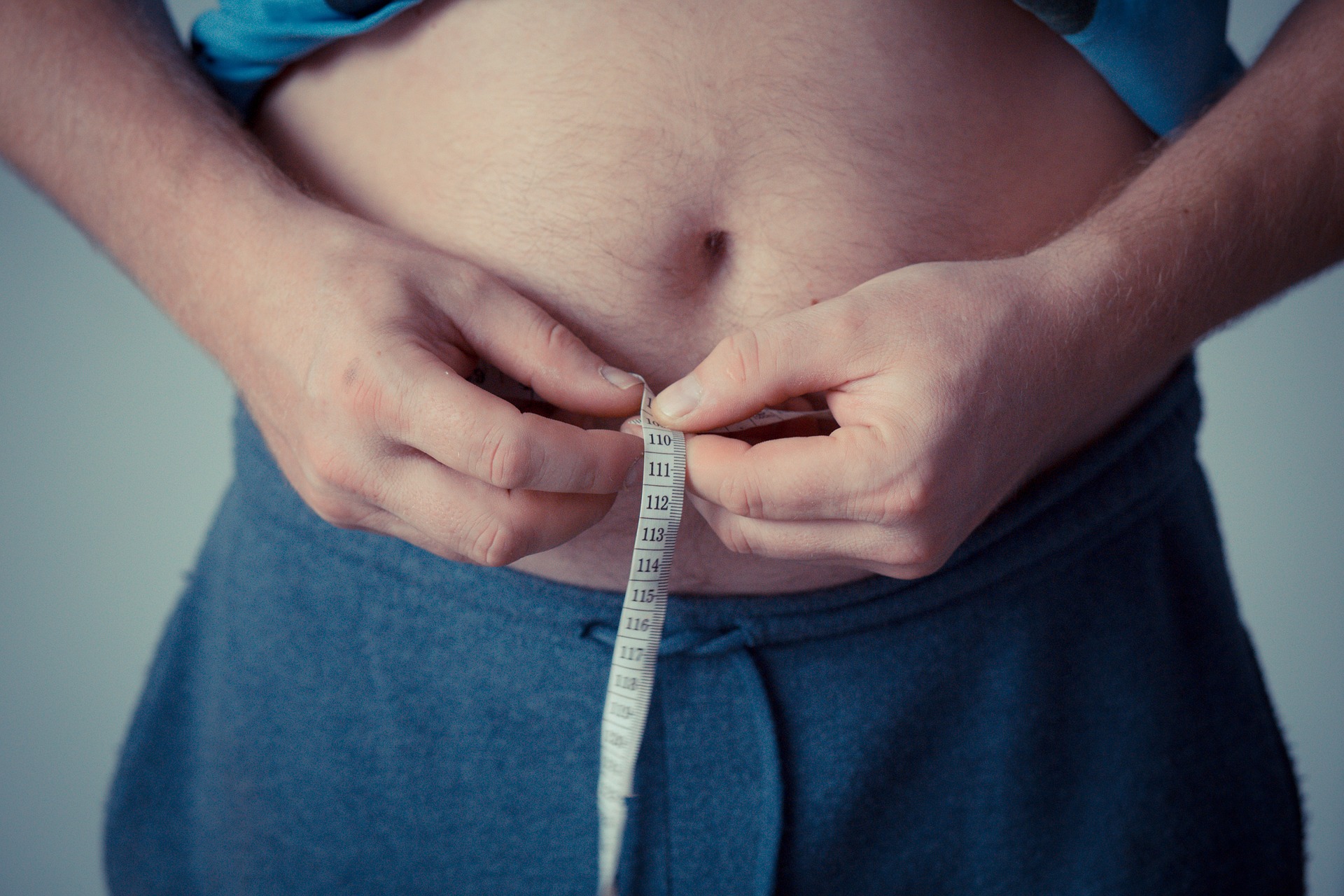 “Obesity is one of the most important health challenges of our age. We hope to develop a medicine to mimic the protective effects of naturally-occurring GPR75 mutations to hopefully provide a new, effective and safe way to help manage obesity,” said Luca A. Lotta, MD, PhD, Vice President, cardiovascular, metabolic and musculoskeletal diseases at Regeneron Genetics Center.

“With that in mind, we are pursuing an antibody approach here at Regeneron, as well as a small molecule approach in collaboration with AstraZeneca and an RNA interference approach with Alnylam Pharmaceuticals”.

Targeting INHBE to protect against diabetes

Alnylam Pharmaceuticals, another leading life sciences company in the consortium, analysed the WES data of over 360,000 participants from UK Biobank2. Loss of function variants in the gene INHBE were found in 1 in 587 individuals. These variants were associated with lower abdominal fat.

The most common variant was linked to a 90% reduction in secreted levels of Activin E. This is the protein encoded by INHBE, which regulates metabolism (the body’s chemical reactions). Deleting the INHBE gene in mice (and therefore inhibiting production of Activin E), resulted in improved control of blood glucose and insulin sensitivity, indicating the potential to target and silence this gene in therapies aiming to reduce the risk of type 2 diabetes.

Additionally, other beneficial metabolic effects were observed in the research: decreased triglyceride (a fat or ‘lipid’ circulating in the blood) and fasting glucose levels (elevated levels can indicate a prediabetic or diabetic state), and increased ‘good’ cholesterol.

Similar findings on INHBE have been published by Regeneron in a separate study reporting the largest multi-ancestry exome analysis to date of body fat distribution including >618,000 people from Mexico, Sweden and UK, including 450,000 from UK Biobank. In the study, INHBE mutations were shown to be associated with ~30% lower risk of Type 2 diabetes.3

A major complication of obesity is the accumulation of fat in the liver, which can ultimately lead to liver inflammation and scarring (also called cirrhosis). Obesity-related non-alcoholic fatty liver disease (NAFLD) is estimated to affect 1 in every 3 people globally4, with a subset of affected individuals progressing to more advanced forms of inflammation (non-alcoholic steatohepatitis or NASH) and cirrhosis. In most countries, including in the EU and U.S., there are no approved medications to treat NASH and cirrhosis.

Recently, a research consortium led by the Regeneron Genetics Center, has revealed a new potential therapeutic target for liver disease: the CIDEB gene.5 Using exome-sequencing data, including those generated in 432,995 UK Biobank participants, scientists found that individuals with a mutated copy of CIDEB had lower levels of blood liver damage biomarkers and a ~50% lower risk of developing cirrhosis.

The CIDEB gene encodes a structural protein expressed to a high degree in the liver, where it favours the accumulation of fat. Therapeutics that mimic the protective effect of these newly-identified mutations, by silencing or inhibiting the function of CIDEB, may provide clinical benefit in NASH and other types of liver disease. Following the discovery, a therapeutic program targeting CIDEB with inhibitory siRNAs has been announced by Regeneron and their partner Alnylam.

The scale of WES data released by the UKB-ESC is unprecedented, and is already creating ripples in research communities tackling disease all over the world.

Current therapies for obesity are centred on treating those already with the disease. The focus is changing to treating at-risk individuals prior to development of obesity. One way to achieve this is to mimic the activity of genetic mutations which lower body weight. Through the identification of genes associated with obesity, UK Biobank WES data is crucially helping scientists to fit the puzzle pieces in place.

Shining a light on protective genetic associations against obesity through UK Biobank whole exome sequencing data is momentous. Several therapies are being trialled to mimic the effects of these protective mutations, such as gene-silencing drugs targeting the genes.

This research embodies an exciting shift from therapeutically treating obesity in those who have the disease and possibly related morbidities, to preventing a worldwide problem before it develops in those at risk.

It is intriguing to think that the exome is only 1-2% of our overall genome, yet the therapeutic potential of understanding how genetic variants affect our health and disease is vast indeed.

It’s the small things, after all.